Report from Down Under

May 20, 2018
In October I set out to travel through Asia, in hopes of opening up my mind to some new thoughts.
I reckon that mission was successful, and by about April I found myself full of thinks and thanks, and wanting to sit down and do something with my scribbles and frizzles.  So I came down under, to Western Australia, and wandered around Perth and Fremantle, until I found myself in Geraldton, which I immediately liked.  It is quiet and sunny, pleasant and friendly.  So I decided to stay here awhile.

I found an apartment above an italian restaurant, right on the beach.   It is close to many shops, so I don't need to drive, which is good, since I don't feel competent to drive on the left side.  (It would be fine for a few days, then there would be a moment were it was...not fine at all).

After just a few days here, I already have a busy social calendar.  This week I am part of a trivia quiz team, as well as a Star Gazing World Record Attempt!

Plants, Wildlife, Nature and such

I had a great time at the Caversham Wildlife Park.  Otherwise, in Fremantle I saw many magpies and pretty birds (what are the green ones?  finches?) around town.  I  several times spotted large birds (in pairs) with red wings that I thought were parrots, but now after googling I'm not sure what they were.  The soil is often sandy and springy.   There's lots of interesting dirt and sand around: Yellow, red, pink.   Plenty of anthills.  Seen a few roachy-beetles but no weird spiders yet.    I haven't seen snakes in the wild, but there are signs warning about them on the beach in Fremantle.   Apparently there are lots of sharks thrashing about in the water; a surfing competition was just canceled due to bitey  incidents.

West of Hawaii, the coffee seems to be predominanly instant (from powder or syrup), or espresso.  I don't think I've seen a pot of drip coffee in Australia.  Here if you want black coffee it's a "long black" (a few shots of espresso, and I think some extra hot water, like an "americano"), and if you want it with milk, that's a "flat white".    To me it is rather weak and flavorless.  But they do have a nice selection of teas at the grocers.   Also there is plenty of good beer available, though due to high taxes it is quite pricey.  A 6 pack is $15-20 USD and up.   A pint in a bar is usually $8-10 USD.    On the other hand, food prices are reasonable - overall I would say grocery prices are a little lower than US averages, and restaurants are about the same, with no tipping required.    Hotels are about the same, although there is more selection of low priced hostel dormitory places (called "backpackers"), and less selection of mid-priced places with private bathrooms.

I don't have telly now, but I did in some hotels earlier.  Best is an all-comedy channel with a show called "Tonightly" that is shaped like our Daily Show.   They put on a lot of stand up shows, which are a good way to learn about cultural assumptions.  Turns out the "f-" word is a popular way to express oneself!     They put on a number of American shows as well as BBC shows.   I much enjoyed a BBC comedy called Zapped.    I also finally got to see the original british version of "The Office", which was exactly as grating as the american version, if slightly raunchier.   Interesting to see how the self-involved twit concept transfers across the pond(s).

I also got to watch some political debates, which overall seemed more civil and thoughtful than what we have in the US, though ultimately containing the same tension about the proper role of gubbamint.

All in all, I am quite enjoying the life down under.    Oh, right, pictures.  Well shoot, so hard to pick.
Here's a few: 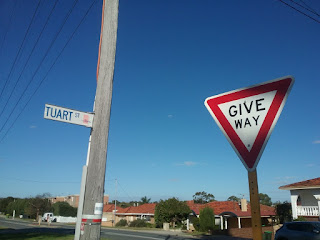 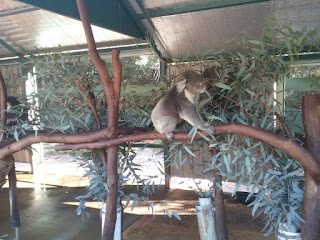 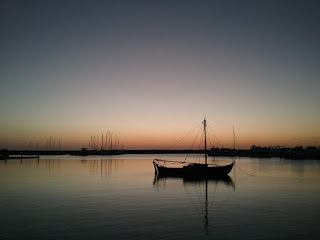 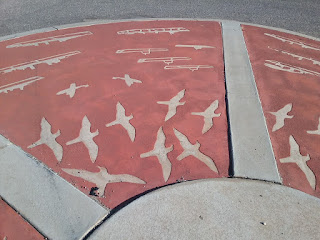 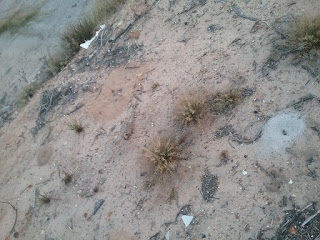 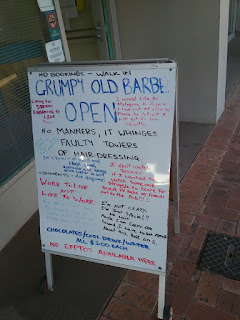 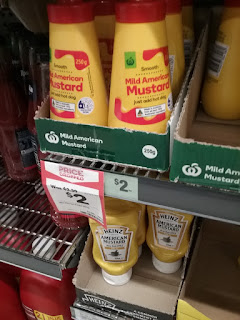